Our customer had a laptop that was running so slowly it was barely usable. He noticed that the CPU usage was running at 90-100% almost all the time and the laptop would shut down intermittently and not restart for a while afterwards. When it was running it was almost too hot too touch.

Other than that it was working perfectly.

We identified the causes of the high CPU usage (mainly down to conflicting software issues) and fixed those. We removed multiple trojans/viruses and cleared almost 3GB from the cache. We noticed that there were over 30 security updates waiting to be downloaded and installed and took care of those (we didn’t charge for the 10 hours it took to download/install). We stripped back the amount of services and programs that were running either at start up or as delayed services.

Then we took the laptop apart, cleaned it up and fixed a problem with the power on button. That was a fiddly job but no more power on problems (it was shutting down due to overheating, different problem and resolved by cleaning).

This one took a long time but was a lot better and cheaper than buying a new laptop. 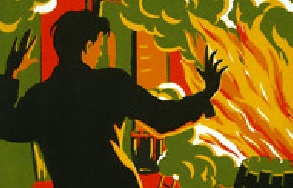